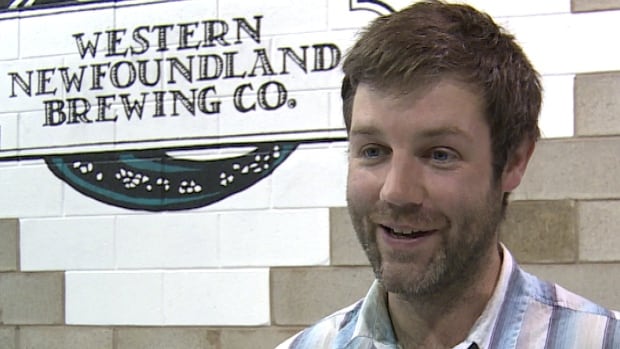 A craft brewer on the west coast of Newfoundland says he is at a disadvantage because the provincial liquor board favors his own canned products.

Jim MacDonald, owner of Western Newfoundland Brewing Co., said it’s time for the provincial government to reconsider how Rock Spirits – a distiller wholly owned by the Newfoundland and Labrador Liquor Commission – affects local businesses like his. .

“They usually bring local producers together in one corner, basically as one company, while putting their own products front and center,” MacDonald said, pointing to the NLC’s promotion of Rock Spirits products like Newfoundland Screech and Old Sam.

MacDonald said competition has become more intense in recent years, after the NLC purchased canning equipment to make “ready-to-drink” products, or RTDs. While the liquor commission said the cannery would be available to craft brewers, many rural brewers felt it didn’t make sense to ship beer to St. John’s in a tanker truck, they didn’t. therefore did not take advantage of the service.

Instead, the canning equipment was used by Lamb Producers to make Lamb’s Sociable Spiced Rum Punch, as well as by Rock Spirits to produce four canned drinks, including Screech Punch.

MacDonald said these NLC-owned products are in direct competition with local brewers — both for sales and storage space.

“Rock Spirits has been part of the NLC and what we’ve been doing as an organization for 65 years,” he said. “What we do in the RTD category has no material impact on whether or not Mr. MacDonald’s products succeed.”

The NLC has seen an explosion in demand for canned goods, driven by a wave of interest in beverages like coolers, seltzers and craft beer, Keating said. There are about 250 products in the ready-to-drink category, he said, and Rock Spirits only produces four.

But MacDonald said Rock Spirits is able to produce, stock and market these products on a scale and at a price that other brewers simply cannot match. A six-pack of Screech Punch, for example, is on sale for $18.77. Similar products, even from top producers like White Claw or Mike’s Hard, sell for upwards of $20 per six-pack.

“They’re able to produce them very cheaply,” MacDonald said. “Because they’re able to buy all of their stock in bulk, everything is just cheaper to produce for Rock Spirits. Not to mention they’re government owned. They can float around as they please.”

It is exceptionally rare for a government to own a distillery, but Keating said Rock Spirits has been extremely beneficial to the province. More than 80% of its products are exported and sold in 32 countries around the world. However, all of their canned products are sold locally. An analysis of the NLC website shows that there are thousands available, and they can be found at every liquor store in the province.

While MacDonald said the NLC “prioritizes its own products” when it comes to shelf space, Keating said volume has a lot to do with how products are promoted and placed in stores. stores. He said the cottage industry has grown tremendously in recent years, but most brewers are still making relatively small quantities.

“Because of the production volumes, it sometimes creates challenges in terms of being able to get product and really deliver that product to our customers consistently and reliably,” he said.

Keating acknowledged that craft beers could be better positioned in many stores, and talks are underway about “reorganizing” refrigerated sections to give craft beers more prominence.

Forgiveness is the key to ending the ‘industrial complex of shame’