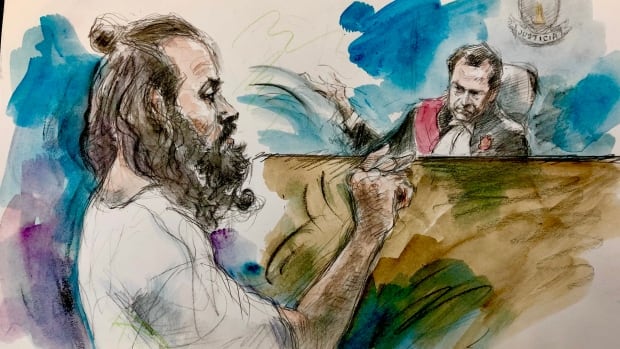 Evidence of cocaine was detected in blood samples from accused killer Cory Fenn shortly after a triple murder in Ajax in 2018, the court heard on Monday.

Karen Woodall, an expert in forensic toxicology for over 20 years, said she analyzed blood samples from the three victims and Fenn.

Fenn pleaded not guilty in the judge-alone trial to three counts of second degree murder in the deaths of Krassimira Pejcinovski, 39, as well as her son Roy, 15, and daughter Venallia, 13.

A concentration of the compound benzoylecgonine, which is found in the body after cocaine use, was detected in Fenn’s blood and urine sample, the court said.

Woodall said the concentration identified in his blood meant the drug was used within 12 hours of the sample being taken.

“Once the cocaine breaks down into this other substance, it is no longer active in the body,” said Woodall. “[It] is a delicate medicine to analyze and interpret because it is very very unstable. “

Woodall said if large amounts of cocaine were used she would expect to see a higher amount of the substance than was found.

Cocaine was also detected in Roy Pejcinovski’s blood, she said. Woodall said the sample had been tested more than once and that a “very low” level of cocaine was identified each time.

Woodall said it is unusual to find cocaine in the blood of people not using the drug, but it is likely that the amount detected is the result of contamination. She said it is highly unlikely the young boy would have ingested it on purpose.

Woodall also said that “recreational” amounts of cocaine and alcohol were found in Krassimira Pejcinovski’s system.

No alcohol or cocaine was detected in Venallia’s blood samples.

A key video statement “voluntary”, according to the judge

In addition, a three-hour video interview, which a Durham Regional Police detective conducted with Fenn at a police station the day after the murders, was considered admissible evidence on Monday.

Superior Court Judge Howard Leibovich said the statement made by Fenn in an interview with Durham Det. Mark Pillman was “voluntary” and will be filed as evidence. The video had been the subject of what is known as a voir dire – a hearing to decide whether evidence can be heard in a trial.

In the video, Fenn told Det. Mark Pillman, he had been using excessive cocaine for five days at the time of the murders.

In the video interview, Fenn said he was in the midst of a “cocaine-induced psychosis” when this happened.

The three victims were found by police at Pejcinovski’s home on Hilling Drive in Ajax on March 14, 2018. Autopsy results revealed that two of the victims were stabbed to death and one died from strangulation.

“To make sense of this situation, it just doesn’t make sense,” Fenn said in the video. “I wasn’t in the right frame of mind at all.”

Fenn is representing himself at trial, although his former lawyer Mary Cremer has been appointed by the court to conduct cross-examinations on his behalf.

The trial resumes on Tuesday.