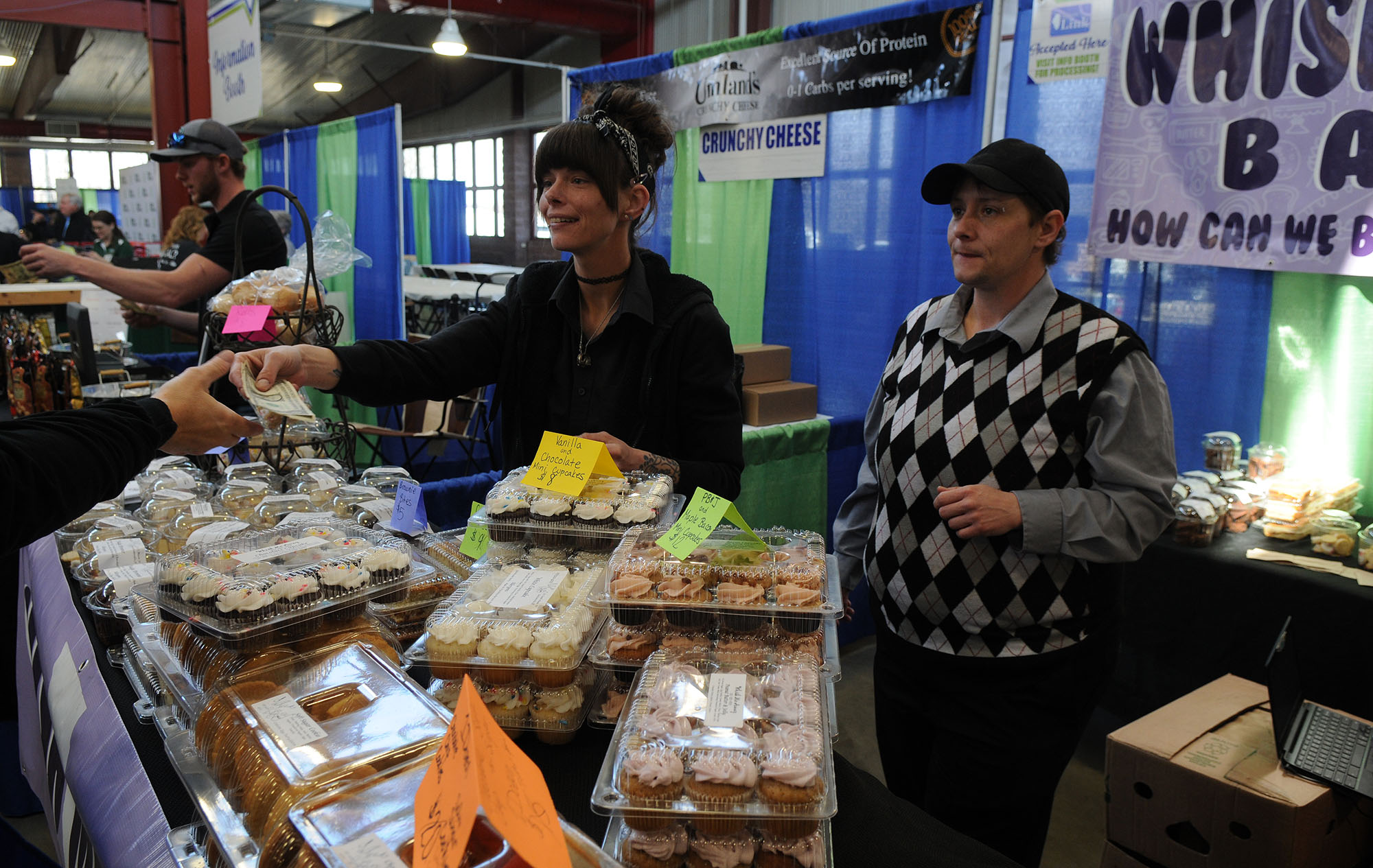 Expo gets the word out (literally) for new Jacksonville vendors

Jacksonville was well represented at the Illinois Product Expo weekend, with two vendors making an appearance at the event in Springfield.

Bakery Whisk Me Away and Peter’s Produce, which offers several homemade food products, both took part in the annual event for the first time, which brings more than 5,000 visitors to the state’s fairgrounds to sample food products made in Illinois.

“We’ve been attending food shows for years and this was one of our favorites, so when we walked into the show it was a big step,” said Anastasia Bergner-McNeece, co-owner of Whisk Me Away with his partner. , Kay Bergner-McNeece. “The only downside to working it is you can’t walk around and eat it all.”

Whisk Me Away offered samples of its baby coffee cupcakes, cookies, buns and cakes, but the biggest hit were the bakery’s brownie bites.

“These are always our first things to sell because we make them extremely chewy and not mushy, and they’re amazing,” Bergner-McNeece said. “That’s how I gained 10 pounds the first month we were open.”

Whisk Me Away is located at 532 S. Main St. but is featured at many area markets and festivals, including the Thursday Night Farmers’ Market at the Illinois State Fairgrounds and, more recently, Greene County Days.

The Bergner-McNeeces have only been open for a short time, but the bakery was a long-term dream for them.

“We had been planning a bakery for about 10 years and at the end of 2020 we discovered that the icing on the cake lady was selling her equipment,” Bergner-McNeece said. “We saw this as our main opportunity. It was perfect timing.

Peter’s Produce was also pleased with the experience.

“It was great, they put on a really good show, it’s very well organized and advertised,” said Paul Barnett, owner of Peter’s Produce. “There were thousands of people there.”

Peter’s Produce produces approximately 90% of the fruits and vegetables it uses on land in the Jacksonville area. He buys things like pretzels, crackers and cheese and adds flavor to them.

Barnett has been participating in farmers’ markets for 22 years and has used the trade name Peter’s Produce for seven years. Produce can be found at farmers’ markets beginning in May, including those held Thursday nights at the state fairgrounds, Sundays in Rochester, Saturday mornings Alton Farmers Market and Tuesday afternoons in Jerseyville from June.

But who is the “Peter” in the company name?

“A very good friend of mine had a drywall business called Peter’s Drywall. I worked with him for 15 years and he died of cancer five years ago,” Barnett said. “He told me ‘never put a business in your name,’ so I didn’t.”

Barnett was glad to have participated in the exhibition.

“I was very worried at first, it took me about a month to really think about whether I wanted to do this or not,” Barnett said, “but I’m glad I did. I’ve met so many new people and they loved what we had.”

The 23rd Annual Illinois Produce Expo was hosted by the Illinois Department of Agriculture. The event is designed to bring Illinois food businesses and consumers together to explore Illinois by tasting produce, enjoying cooking demonstrations and sourcing Illinois favorites.

TUGA elects John Hagie as Chairman of the Board