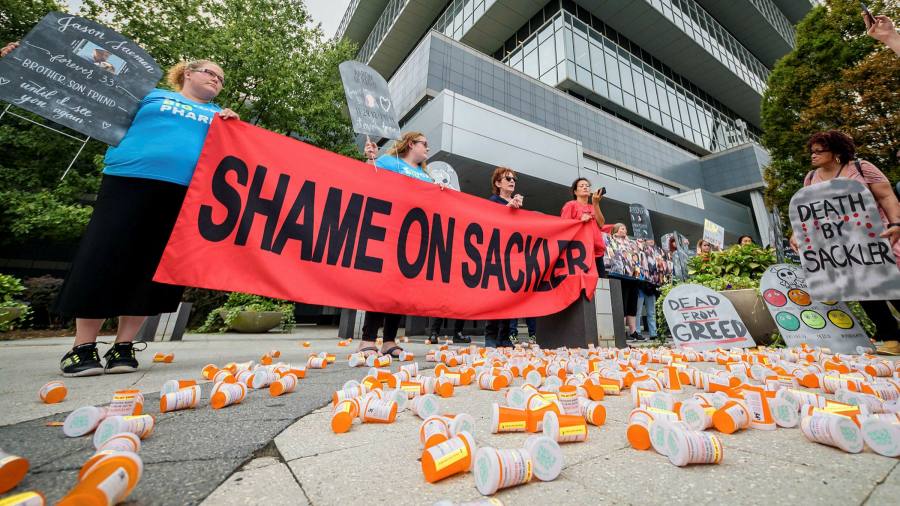 Forgiveness is the key to ending the ‘industrial complex of shame’

Although an old idea, few concepts have thrived and proliferated as well in the digital age as shame. A first cousin of pain, shame marks the ethical boundaries of civilization in a way that pain can delineate physical boundaries.

Cathy O’Neill, author of the algorithm-focused book Weapons of mathematical destruction (2016), argues that while shame can sometimes be valuable, its modern iteration fails to unify communities and only causes pain and division. His latest book, shame machine, begins with a series of past internet shames, including weight, drug addiction, and aging. O’Neill’s writings of his personal experiences of weight-shaming — and the foolish efforts of authority figures, including parents and medical professionals to help him — serve as a reminder that self-proclaimed rationalists can buy the pseudoscience.

An early anecdote from O’Neill’s childhood, in which she rigged her parents’ scales to appear to be losing weight, is set against the backdrop of the indifferent food industry, with a former chief financial officer of WW (formerly known as Weight Watchers) saying 84% of users cannot maintain their weight. O’Neill encourages us to think about the impact on overweight of a diet industry that relies on methods with a high failure rate to make money (although the course of the WW stock is 90% below its 2018 peak).

The book then goes on to pursue a number of other examples of shame, including drug use and homelessness. The “industrial complex of shame” is a prime target for O’Neill. She cites a private email from Richard Sackler, former chairman and chairman of OxyContin developer Purdue Pharma, describing those who have become addicted to the dangerous product his company has pushed as “reckless criminals”.

The author also challenges those who consider themselves good citizens but whose actions reveal a desire to shame those less fortunate than them. Particularly striking is his case of apparently liberal residents of New York’s Upper West Side calling for physical assaults — such as with wasp spray — on homeless people temporarily housed in an upscale hotel.

O’Neill also rightly pushes back on the lure of outrage in the name of complacency – rather than changing people’s behaviors, it often causes them to double down, while providing social media companies with a rich source of data to generate advertising revenue.

The section on what O’Neill calls healthy shame, or “hitting” against powerful elites and societies is the most interesting, if it seems rushed. A section on Mahatma Gandhi’s 1930 Salt March, for example, somewhat crushes India’s independence struggle in an effort to shame Britain.

O’Neill herself notes that it took more than a decade and a half after this march for the British Raj to stumble. This period also involved a second world war, an economic crisis and a broader anti-colonial movement against British rule, interspersing with any shame in the treatment of imperial subjects.

The continuing debate about the deleterious impact of empire on the colonized—and the lingering racial issues across the West—also suggests that if shame played a part in world events, it has a half-life.

O’Neill concludes that forgiveness is the key to ending the “shamescape,” and our mistakes require an expiration date. Detoxifying shame is easy enough, she says, as long as we fight for all people to be treated with trust and dignity. In broad terms, that’s an easy question – after all, many of us are already saying at least that’s what we want. But the math of forgiveness is never easy – how long should we shame someone for flouting Covid restrictions, for example?

Nonetheless, as O’Neill argues, shame is a valuable lens through which to view our own actions and the systems in which we live. Asking if we’re hitting the vulnerable or bumping into an unresponsive industrial complex dressed in fluffy corporate PR is a first step toward a healthier kind of shame.

The Shame Machine: Who Benefits from the New Age of Humiliation? by Cathy O’Neill, Allen Lane, £20, 272 pages

Siddharth Venkataramakrishnan is the FT’s banking and fintech reporter