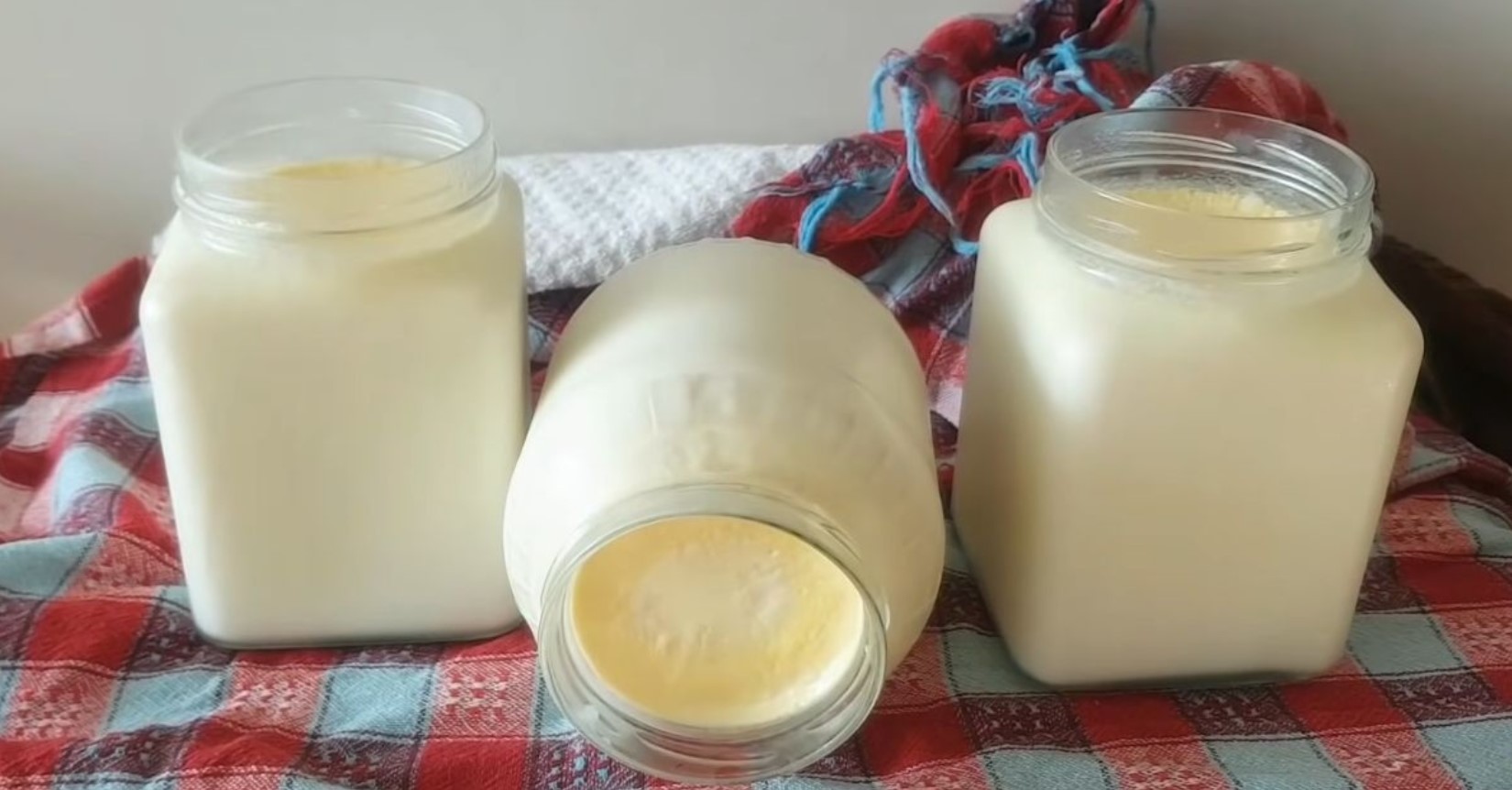 Georgian-Armenian dispute over yogurt and its impact on bilateral relations

The scandal around traditional Armenian and Georgian yoghurt erupted on social networks in Georgia and Armenia after it was learned that Georgia had banned the export of Armenian “matsun” yoghurt to Russia through its territory.

The ban was introduced due to the fact that Georgia patented the product “matsoni” as a geographical indication.

Why did Georgia “deport” Armenian matsuns?

Exactly 10 years ago, at the end of January 2012, Georgia registered a geographical indication on “matsoni”. In other words, the name “matsoni” has been patented. This means that another country will not be able to export a product under the same or similar name to the territories of countries where Georgian geographical indications (proprietary names) are protected by mutual agreement. Georgia has such an agreement with the European Union, Ukraine, Great Britain and Switzerland.

Matsoni is under Georgian geographical designation. This means that the characteristics and reputation of this product are related to this geographical location (territory of Georgia) and the human factor, Georgia’s National Intellectual Property Center Sakpatent said in a statement.

Tengiz Kalandadze, head of the Department of Agriculture and Food of the Ministry of Environment and Agriculture, explained to Radio Liberty why Georgia banned the entry of a trailer from Armenia into Georgia:

“Customs told us that there is a trailer at the border that is loaded with products whose name is similar to the patented name in Georgia. The ‘Intellectual Property Law’ states that you cannot use a name that looks like a patented product, and since the Armenian word ‘matsun’ was very similar to the Georgian ‘matsoni’, we refused this trailer pass”.

According to Tengiz Kalandadze, during the same period, Armenia tried to export a product called Churchkhela, which also has a Georgian patent, to Russia via Georgia, but its transit was also not allowed.

In addition to matsoni, there are dozens of other names on Georgia’s list of geographical indications. Among them, for example, are chacha, tenili, suluguni, guda, Imeretian cheese, Kutaisi herbs, Ninotsminda honey, kvevri, Kheta village tangerines, Khvanchkara, Mukuzani, Tushuri Guda , Kindzmarauli and others.

The scandal around “matsoni” took on a political dimension after the Georgian television channel Imedi prepared a report on the subject of “matsoni” and “matsun”, with an inscription in Armenian saying: “Karabakh is Azerbaijani, and so is Tolma”.

After a scandal erupted on social networks because of this registration, the broadcaster apologized. Imedi’s statement says the photo was found on Google by an Imedi employee who does not speak Armenian.

“This part of the story will be removed from all of the holding company’s social platforms,” ​​the broadcaster said in a statement.

As for the word “matsoni” itself and the origin of this product, opinions are divided on the Georgian segment of the Internet. Some believe it is a Georgian name and a national product. However, some Georgian historians and linguists claim that he came to the Georgian language precisely from Armenia.

The director of the Literature Museum Lasha Bakradze, for example, cites data from the dictionary of Bakar Gigineishvili, which, among other things, refers to the linguist Hrachya Acharyan and notes that in Armenian “matsun” means “sour milk”.

Matsoni is a fermented milk product obtained from cow’s, buffalo’s, goat’s milk and, rarely, sheep’s milk or a mixture of these.

Matsoni is one of the most popular dairy products in Georgia. It is often eaten for breakfast, even infants are fed it, and it is used as a component in khachapuri dough, as well as for preparing various Georgian soups.

The ban on exporting the Armenian fermented milk product “matsun” through Georgian territory is actively discussed on social networks and in the media in Armenia.

It was reported that the company “Dustr Marianna” had problems with exporting.

In an interview with one of the local publications, Kristina Karapetyan, deputy director of quality control at this company, explained what the problem was.

According to her, in 2012, Georgia already registered the name “matsoni” as its “geographical indication”. [identification of goods with Georgia].

“During this time, there were no problems with exports, but for some reason in September 2021, a car with the products of our company, which was heading to Russia, was stopped in Georgia. Then we told us that henceforth Georgia would ban the export of goods called “matsun” through its territory.

We had to adapt quickly to the current situation. We decided to label the product exported to Russia as “Armenian mountain yogurt”, said Kristina Karapetyan.

She also said the name change does not affect sales of their product in Russia. To do this, the company conducted a “fast and effective information campaign”, explaining to Russian consumers that it is the same product under a different name.

However, the company believes that there is a problem with the correct name of the product, it produces “matsun”, not yogurt, curd, kefir or another dairy product.

“Therefore, we immediately turned to the Armenian government, asking for help in solving this problem. We were assured that they were negotiating with the Georgian side. We hope that the issue will be resolved in the near future,” Kristina Karapetyan said.

The problem does not arise today and does not only concern matsun, explains David Pipoyan, expert in food law, food quality and safety. He personally raised this issue many years ago, in 2018, from the rostrum of the National Assembly. The fact is that the expert was often asked for advice on similar issues, especially by wine exporters who transported their products through Georgian territory.

According to David Pipoyan, there is a lack of understanding of the essence of the problem – what is a “geographical indication”:

“These are notes on the production of foods and alcohols that are produced in a certain geographical area and are given special protection.”

The expert cites the examples of prosciutto produced in Parma and Greek feta. According to him, the marking is carried out at two levels. The geographical indication implies that one of the stages of production must take place in that area, and the highest level of identification – that is to say the protection of geographical indicators – implies that the process, from obtaining the raw materials through to the packaging of the final product must take place in a specific geographical area.

The food law expert points out that the agrarian policy in Armenia has been neglected for many years, and the liquidation of the Ministry of Agriculture testifies to this.

The expert points out that these are the omissions of Armenia itself, but in this case we are also dealing with the position of the Georgian partners:

“Labelling is a country-specific problem. If the product is not sold in this country, it is only a transit country, then the problem is also in relation to our Georgian partners. The Russian side has not imposed any restrictions in connection with matsun”.

The Armenian Ministry of Economy, in response to a request from local media, reported that in 2011, “the competent authority for intellectual property of the Republic of Armenia filed an objection against the registration of the name” matsoni” to the competent bodies of the European Union and Georgia”.

The Armenian side motivated its protest by the similarity of this name with the name of a dairy product produced in Armenia. However, the objection was not taken into account and negotiations are currently underway with the Georgian side.

Due to the problems that have arisen, the Ministry of Economy has initiated amendments to the law on geographical indications, which will allow “the authorized public body coordinating the agricultural sector to register geographical indications itself”. . According to the ministry, according to current legislation, only the producers themselves have the right to do so.

The change in the law will allow the name “matsun” to be registered in Armenia as a geographical indication. However, the product with this name can only be exported to other countries through the territory of Georgia after signing an appropriate agreement with Georgia.

“The provisions of the agreement on the lists of geographical indications registered in the two countries will soon be discussed by a joint working group,” Armenia’s economy ministry said, commenting on the matsoni and matsun scandal.

They say in Georgia that negotiations with the Armenian side on the formalization of a bilateral agreement on the recognition of geographical indications have been ongoing for more than a year.

Negotiations are underway between the parties on the use of geographical indications, i.e. the patenting of product names, the Ministry of Ecology and Agriculture explained to Radio Liberty:

“Negotiations are underway with Armenia, and we can go to Armenia. The deputy minister has contacted us, maybe a working group has been formed. Armenians will prove that they also have a traditional product and it has been called “matsun” for decades. And if they manage to register, patent this product, prove to the EU that this is their traditional product, then they can be allowed to register their product. Negotiations on this issue are ongoing both with the European Union and with us,” said Tengiz Kalandadze.

When asked if it would be possible to reach a consensus and that with “matsoni” “matsun” would appear in the market, Tengiz Kalandadze replied saying only that “negotiations are underway”.