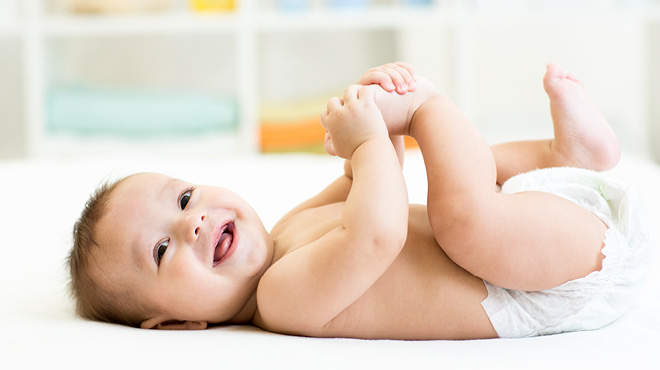 As societies, we fail to protect children and families from the marketing of products that compromise their health and development. One of the most egregious examples of this is the aggressive promotion of commercial milk formulas for babies and young children.

The effect of formula marketing is different from marketing practices for everyday items like shampoo, shoes, or refrigerators. The cynical tactics used to promote formula milk discourage breastfeeding, undermine mothers’ confidence and exploit parents’ instincts to do the best for their children.

The marketing of formula milk represents one of the most underestimated risks to the health of infants and children. Sales of infant formula have nearly doubled over the past two decades, while exclusive breastfeeding has increased only marginally.

Pediatricians and healthcare professionals say feeding babies six months and younger only breast milk, when possible, is best for babies and mothers. Intensifying breastfeeding could prevent an estimated 800,000 deaths of children under five and 20,000 maternal breast cancer deaths each year.

Formula milk is an underestimated risk for infants, children and mothers.

This problem has deep roots. In the early 1970s, the world’s attention focused on the promotional practices of the baby food industry in Africa, Asia and Latin America. In addition to losing the health-promoting properties of breast milk, formula-fed babies are harmed when formula is made with unsafe water – which is sometimes all that is available – and when milk powder babysitting is too watered down to stretch the family’s finances.

Following lawsuits and government investigations, coupled with a general decline in breastfeeding worldwide, the World Health Assembly called on countries to regulate promotional activities. In 1981, it adopted the International Code of Marketing of Breastmilk Substitutes. The Code addresses issues such as advertising to the public, retail promotions, marketing in health care systems and labelling.

Four decades later, many of the same harmful practices continue to occur around the world – now, spurred on by social media. Despite the code and subsequent resolutions, formula companies, fueled by huge budgets, continue to disregard international recommendations and run advertisements that routinely misrepresent scientific findings.

Some false statements used by formula manufacturers include:

A new study by the World Health Organization and UNICEF, the United Nations Children’s Fund, has compiled examples of this around the world, after conducting research in Bangladesh, China, Mexico , Morocco, Nigeria, South Africa, United Kingdom and Viet Nam.

Baby clubs: Organized and run by formula companies (sometimes through front groups), which offer mothers freebies and discounts, pregnancy and childbirth information, and access to Care” which provides 24/7 “support and guidance” for illnesses including COVID-19.

Pain Point Marketing: A common but often subtle marketing scheme that aims to convince potential customers that they have a problem that can be solved by purchasing a product. There has been an increase in marketing for ‘specialty’ and ‘comforting’ milk which boldly claims to solve common infant conditions and behaviors such as colic, reflux and crying, despite insufficient evidence of its effectiveness. .

Target health workers: The industry’s systematic targeting of healthcare professionals, clinics and hospitals to encourage them to promote infant formula. Sponsorship, educational activities and gifts are used – including cash offers or commissions in some cases – to influence the practices and recommendations of health workers.

Our multi-country study found that more than half of the women surveyed had been exposed to formula marketing, and in some countries this figure was as high as 97%.

Of course, formula has its place for mothers and parents who are unable to breastfeed for a multitude of reasons, including lack of support from social and health systems. It is the marketing of infant formula, not the product itself, that disrupts informed decision-making and compromises breastfeeding and child health.

It’s time to stop the unethical marketing of infant formula. We call on governments to enact and enforce legislation consistent with the Code. We call on healthcare professionals and their associations to protect the integrity of science and the use of their endorsements only for the public good. We call on investors to insist on ethical business practices. And we call on social media platforms to reject practices that harm children’s health.

Nelson Mandela once said that “there can be no more accurate revelation of the soul of a society than the way it treats its children”. The marketing of infant formula follows the pattern of the marketing of other products such as tobacco, junk food, sugary drinks and gambling.

Our children are worth it.

Helen Clark is a former Prime Minister of New Zealand and served as Administrator of the United Nations Development Programme. Along with former Liberian President Ellen Johnson Sirleaf, she co-chaired WHO’s Independent Panel for Pandemic Preparedness and Response to identify lessons learned from the international response to COVID-19. Tedros Adhanom Ghebreyesus, who served as Ethiopia’s health minister and foreign minister, is the director general of the World Health Organization, the United Nations’ global health agency.

(This article was first published by AllAFrica, a syndication partner of Premium Times. We have their permission to publish).

Support the integrity and credibility journalism of PREMIUM TIMES

Good journalism costs a lot of money. Yet only good journalism can guarantee the possibility of a good society, an accountable democracy and a transparent government.

For free and continued access to the best investigative journalism in the country, we ask that you consider providing modest support to this noble endeavour.

By contributing to PREMIUM TIMES, you help sustain relevant journalism and keep it free and accessible to everyone.