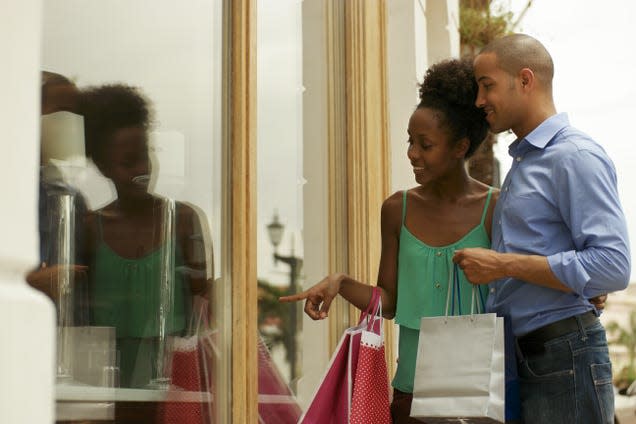 We’ve documented how big companies have gotten it wrong when it comes to culturally sensitive marketing. (We see you, Walmart.) And while it may be too late for these companies to get it right this year, with the right guidance, they can put in place a more responsible marketing plan that will make a difference. long-term. .

Darren Martin and Ahmad Barber are the founders of Bold Culture, a multicultural communications agency on a mission to help businesses develop more inclusive marketing strategies since 2016. We spoke exclusively with Darren Martin from Bold Culture and the ways businesses can secure their email. is on point.

Martin, who studied English and journalism at Morehouse, began focusing on digital marketing services for black-owned businesses while in college. But through internships in advertising and marketing, he saw how culturally disconnected most companies were. “It made me think about what it meant to the advertising and marketing community to have power over billions of dollars in media spend and creative storytelling,” he said.

After the infamous Kendall Jenner Pepsi ad, which trivialized the Black Lives Matter Movement and the senseless killings of African Americans, including Trayvon Martin and Eric Garner, Martin and his partners decided the industry needed a little help. And Bold Culture was born. “We focus on media, marketing, advertising and technology companies. And we make sure they retain diverse communities in their workspace and that their marketing messages resonate with diverse communities across race, gender, sexuality, ability and more,” he said.

While it’s true that black consumers are more likely to support brands whose messaging positively reflects their identity, Martin is careful to note that these communities are not monolithic. “We have so many sub-communities and interests. Connecting positively with culture means connecting authentically with community across as many subcultures as possible. He says having a full understanding of the black community means recognizing that there are black conservatives, black LGBTQ+ people, and black people with disabilities. And even when our favorite companies fail, Martin says, consumers have a responsibility to speak up. “We have to hold them accountable as much as possible,” he said.

Martin is openly critical of companies that use holidays like Juneteenth to sell products and cited Walmart’s Juneteenth ice cream as one of the worst offenders. “Instead of putting money into developing a product, they should have talked about what freedom means to black businesses and given them grants,” he said. “The unfortunate irony of a company selling June 19th stuff is that it’s about celebrating the end of slavery, one of America’s worst examples of racial capitalism.”

Now that Juneteenth is a national holiday, Martin hopes companies will do more than just make it another event on their content marketing calendar. “If you try to tackle it in June, you’ve already messed up because there’s so much work to do,” he said.

He says companies need to constantly evaluate their messaging strategy and can afford to miss a sales day to properly celebrate the culture.

Asked which companies are successful, Martin cited Nike and Apple as the closest but adds that few companies are consistent. And unless you’re inclusive in your messaging throughout the year, it might look a little suspicious if you only have black people in your ads in February and the second weekend of June.

Martin says Bold Culture is here to change that and ensure businesses take a more holistic approach to marketing. “The person creating your message needs to be able to reach people who don’t necessarily tick all the same boxes,” he says.

The automation market in 2022