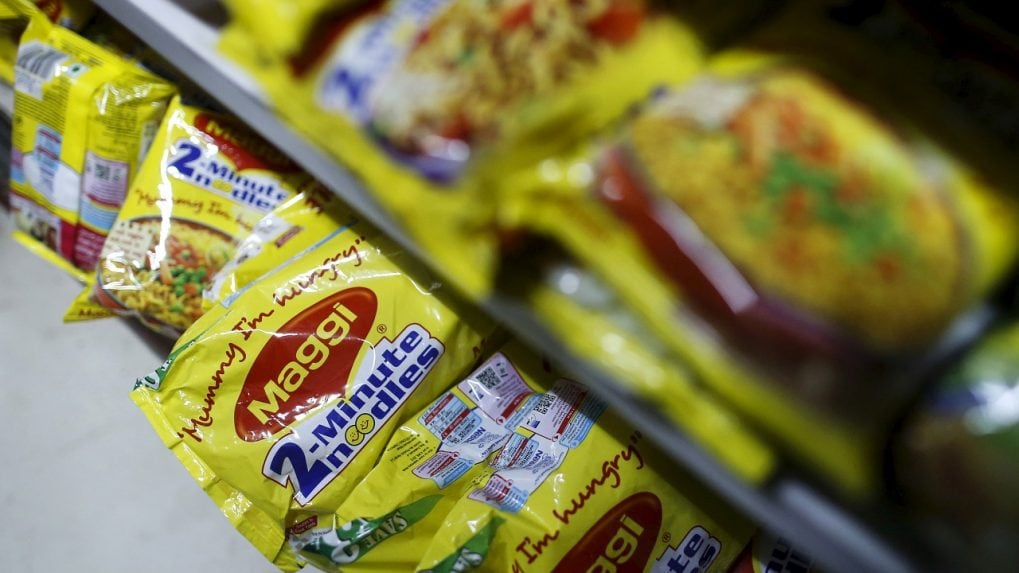 Since its launch in 1982, Maggi noodles have been the country’s favorite quick meal. Kids in particular love it and moms are happy to go because they can whip up a supposedly healthy meal in just two minutes. From eye-catching advertisements to its colorful packaging and claim to be nutritious and healthy, it has been one of the country’s best-known product brands with brand ambassadors like Bollywood superstars Amitabh Bachchan and Madhuri Dixit.

As a result, in 2015, Nestle’s best-known product held a whopping 63% share of India’s Rs 5,000 crore noodle market. Globally, too, it was a great success with estimated sales of over five billion packs each year.

Then, in April 2015, the bottom of Maggi’s success story fell.

It started in March 2014 with a routine check-up by a food inspector from the Food Safety and Drug Administration of the government of Uttar Pradesh, who sent a sample of Maggi’s sachet to be tested against l ‘No Added Monosodium Glutamate (MSG)’ Label Claim By itself, MSG is a fairly common amino acid often used as a food additive to enhance the flavor of Chinese food. Used in limited amounts, it is considered like pretty sure.

But when the results came back, there was a shock in store. The sample contained MSG. Further evidence came when the results of samples sent to the Central Food Laboratory in Calcutta in June 2014 returned, albeit a year later. In addition to confirming the presence of MSG, they revealed the even more damaging presence of high levels of lead. The 17.2 ppm (parts per million) found in the sample would be more than 1,000 times more than what Nestlé India had claimed.

A formal notice was sent to Nestlé which responded quickly with internal data disputing the accusation. He also reiterated that his instant noodles were perfectly “safe to eat and there was no question of a recall.”

Now the test results were in the headlines and Nestlé’s defense seemed too weak. Soon the Food Safety and Standards Authority of India (FSSAI) kicked in and on June 5, 2015, the FSSAI asked Nestlé to recall the noodles.

The company has always claimed that the noodles are safe to eat, but in the face of regulatory pressure and consumer outcry, it had no choice but to resort to an immediate recall of Maggi from the market. Thousands of packages were pulled from shelves and destroyed over the next month.

In the meantime, samples tested in Bengaluru showed lead and arsenic levels to be within allowable limits, although there is no clarity yet on the MSG. The very next day, Nestlé India applied to the Bombay High Court for judicial review of the FSSAI ban and although its request for provisional measures was dismissed, the court allowed exports of Maggi noodles from India. Restrictions on domestic sales continued, however.

British and Canadian food regulators were quick to say that Maggi noodles made in India and exported to both countries were safe to eat and contained lead well within allowable limits. While several state governments have also authorized the product, on August 13, 2015, the Bombay High Court lifted the ban on Maggi noodles.
The ban had cost the company millions of dollars in lost sales and its image took a serious hit. However, under the leadership of a new CEO, Suresh Narayanan, it quickly recovered its sales and recouped much of its lost market share. But even after receiving a favorable opinion from the relevant authorities, litigation continued to haunt the company. In January 2019, the Supreme Court gave the green light to the National Consumer Disputes Redressal Commission (NCDRC) to initiate a class action lawsuit brought against Nestlé three years earlier by the Center for allegedly selling noodles that did not meet food standards. existing. .

—Sundeep Khanna is a former editor and co-author of the recent Azim Premji: The Man Beyond the Billions. Views are personal