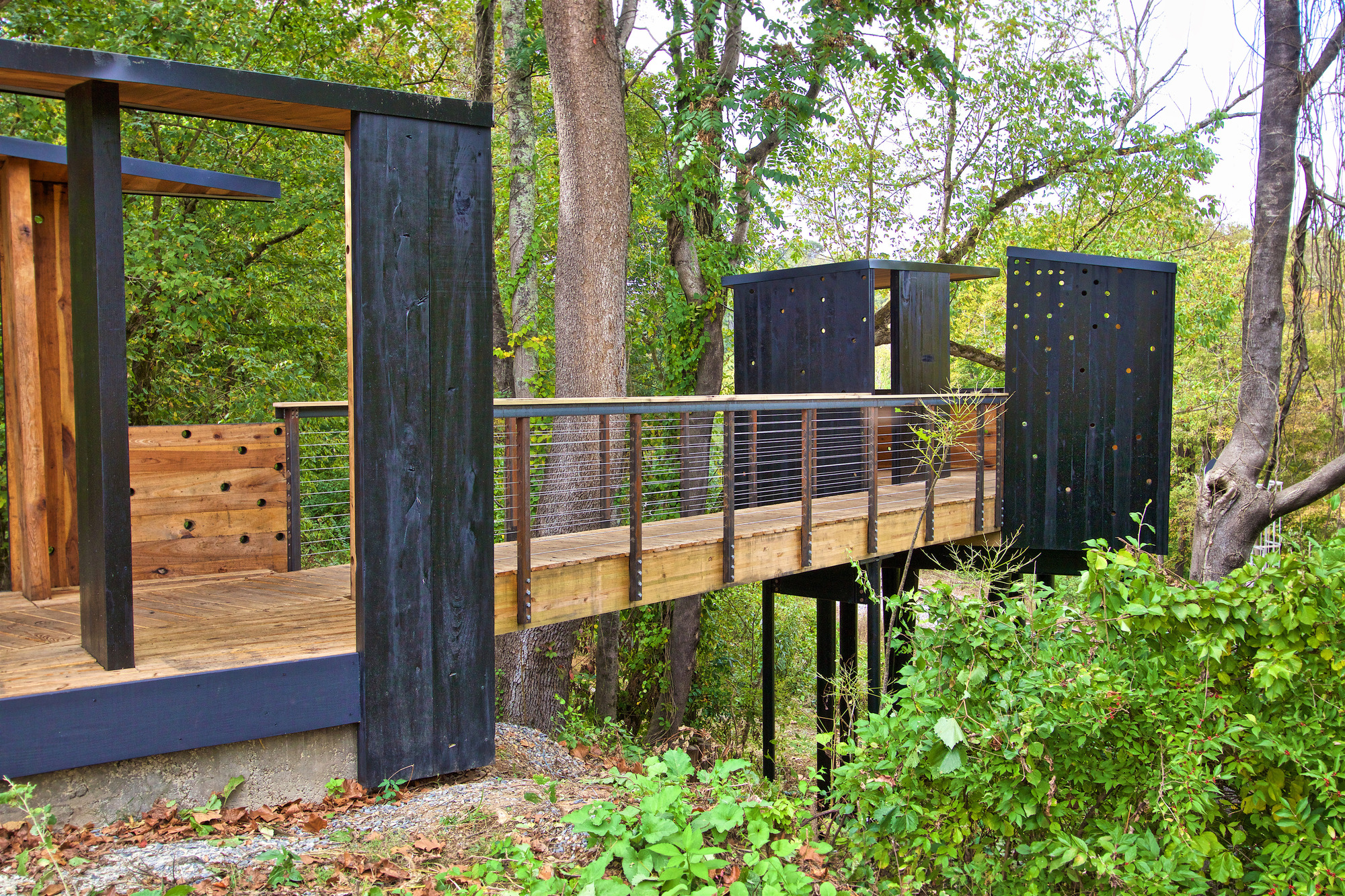 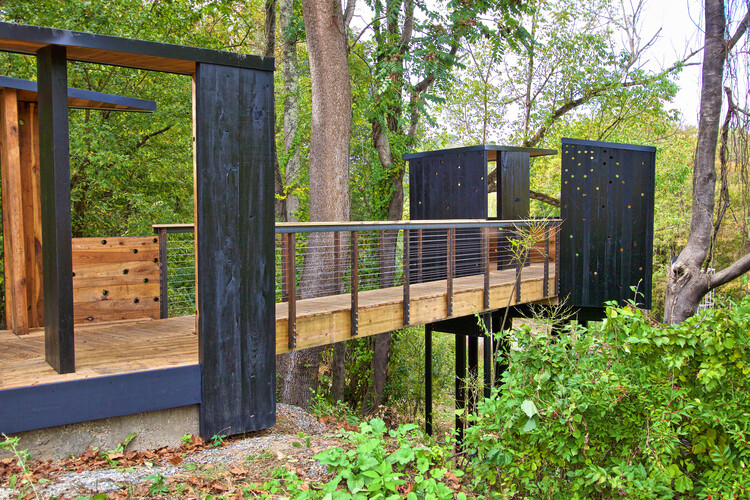 Text description provided by the architects. The award-winning observation tower, designed by Virginia Tech students and faculty, combines cutting-edge wood research with innovative offsite assembly methods. The recently completed project in rural Virginia demonstrates a unique approach to low-carbon design and construction through the use of the university’s interdisciplinary research.

Project display. In 2018, the riverside town of Radford, Va., approached Virginia Tech – a nearby public research university – to help the city design a new train observation tower that would provide public access to views of the New Adjacent river and a historically significant railway. bridge. One of the main goals of the project for the city was the use of clean-tech, low-carbon building products as a means of showcasing the city’s transition away from its industrial past. Over the ensuing two-year project period, an interdisciplinary team of faculty and students teamed up to research, design, and construct the 75-foot-long by 30-foot-tall public building.

Early in the design process, the students chose to focus on the emerging construction technology – cross-laminated timber (CLT) – because of its strength, durability, and unique spatial properties. As the design process progressed, the project team discovered that the carbon cost of shipping industrially produced cross-laminated timber panels to the project site was too high and, as such, the project team was forced to “think local” in order to reduce carbon. costs, thus involving the creative application of local raw materials.

Development of low carbon products. Following the culmination of years of research across multiple university departments, the custom-developed cross-laminated timber (HCLT) product uses low-grade yellow poplar lumber from overfed hardwood-dominant forests. The custom HCLT product not only outperformed all other commercially available CLTs on the U.S. market – notably made from softwood lumber – but the raw materials for the product were also sourced and recycled within two hundred miles of the site. of the project.

With research beginning at the scale of a lab sample and culminating in high-strength 5-foot by 10-foot panels, the team of students and faculty were able to incorporate unique architectural features into the project that s aligned with the robust performance measures of the HCLT. , namely the 3-inch-thick structural cantilevers and the structural members exposed to the exterior.

In the United States, CLT production is governed by APA/PRG-320 code requirements, which only allow construction with certified softwood panels. As such, the project team pursued a performance-based approval process for the custom product through the collection of data relating to its structural and moisture-related performance, and susceptibility to degradation. by UV rays, fungi and insects, a key element of the interdisciplinary project. project process.

Modular construction. Perched above the New River on a steeply sloping brownfield site, harsh site conditions required the project team to pre-fabricate building components in a controlled environment off-site. The architectural design of the project includes two HCLT modular cubes which are bisected by a public walkway. The walkway begins at ground level and ends in a 20-foot-high cantilever as the site drops steeply to the river.

Due to complicated site logistics, including the ruins of a Civil War-era building discovered under the project’s foundation during construction, the project team completely prefabricated a 10-foot HCLT module on 15 feet which was then craned into place on site, with a six inch tolerance to the surrounding trees. The new River Train Observation Tower is the first project in the world to use HCLT modular construction methods in a permanent building, which involves unique and careful detailing to protect the cantilever system from water and panels against racks during construction.

The project is also unique in the world as an example of structural elements exposed to the exterior made from laminated hardwood. Each screw hole has been impregnated with liquid wax, then the entire outer casing has been coated with a mixture of linseed oil and natural pine tar to protect it from UV rays, heat and humidity .

The project is the first permanent HCLT building permitted in the United States. And, through a research and development process that has piloted the custom recycling of low-value local materials, it sets a benchmark for low-carbon, research-based sustainable construction.