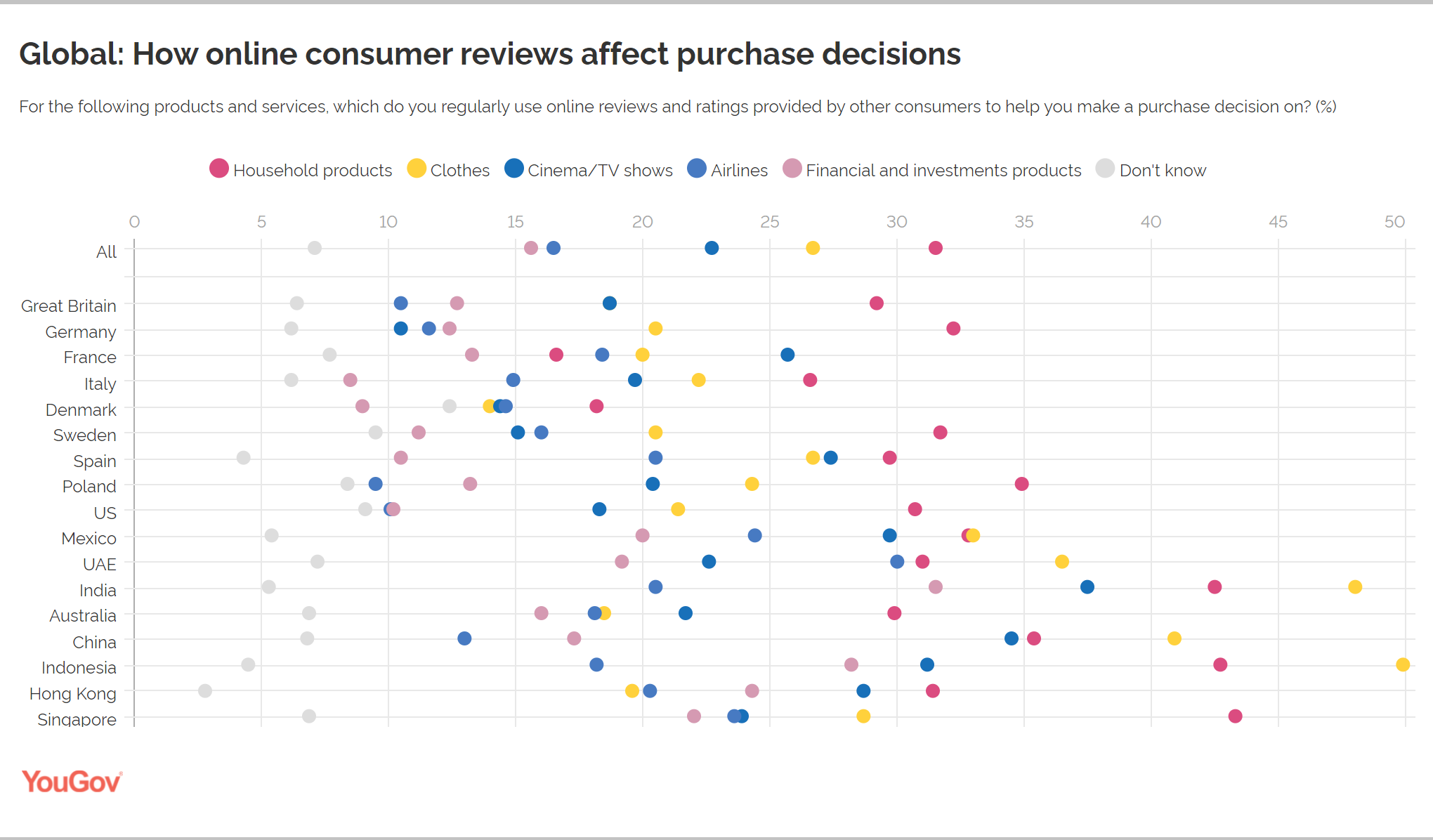 One of the oldest sayings in business is that the customer is always right, and that basically means that if you want to make it big and allow your business to thrive, you need to make sure your customers are always as happy as possible. . they want to be. The rise of the internet has allowed users to leave reviews of products and businesses, which has certainly had an impact on how businesses attempt to market themselves.

With all of that said and now out of the way, it’s important to note that not all product or service categories will be affected equally when it comes to online reviews. A new study conducted by YouGov surveyed consumers in 17 different countries and asked them whether or not an online review would impact their buying decisions across five different product categories, and the results are quite interesting to see as they reveal where reviews matter much more than you think.

If you take a look at the global average, the product category that users felt reviews mattered most to was appliances, with over 30% of users saying they mattered there. . Clothing was next at around 27%, followed by movies and TV shows at 23%, airlines at around 16% and financial investments at around 15%. It’s clear that clothing and appliances often involve people relying on the experiences of others, so good reviews can be much more helpful in these types of industries.

Another thing to note is that there are a lot of variations that can be seen from country to country. In general, consumers in more developed countries seem to trust reviews less than those in developing countries. For example, consumers shopping for clothing in Indonesia, India and China rely more heavily on reviews, with 50%, 48% and 41% respectively saying they use reviews in their shopping process. Clothing was also more important in these locations, and reviews had a greater impact on clothing purchases than appliances in these geographies, so the trend is by no means consistent.

Read next: Report finds 58% of the world is now active on social media platforms

Garmin sees a “normalization” in sales of cycling products