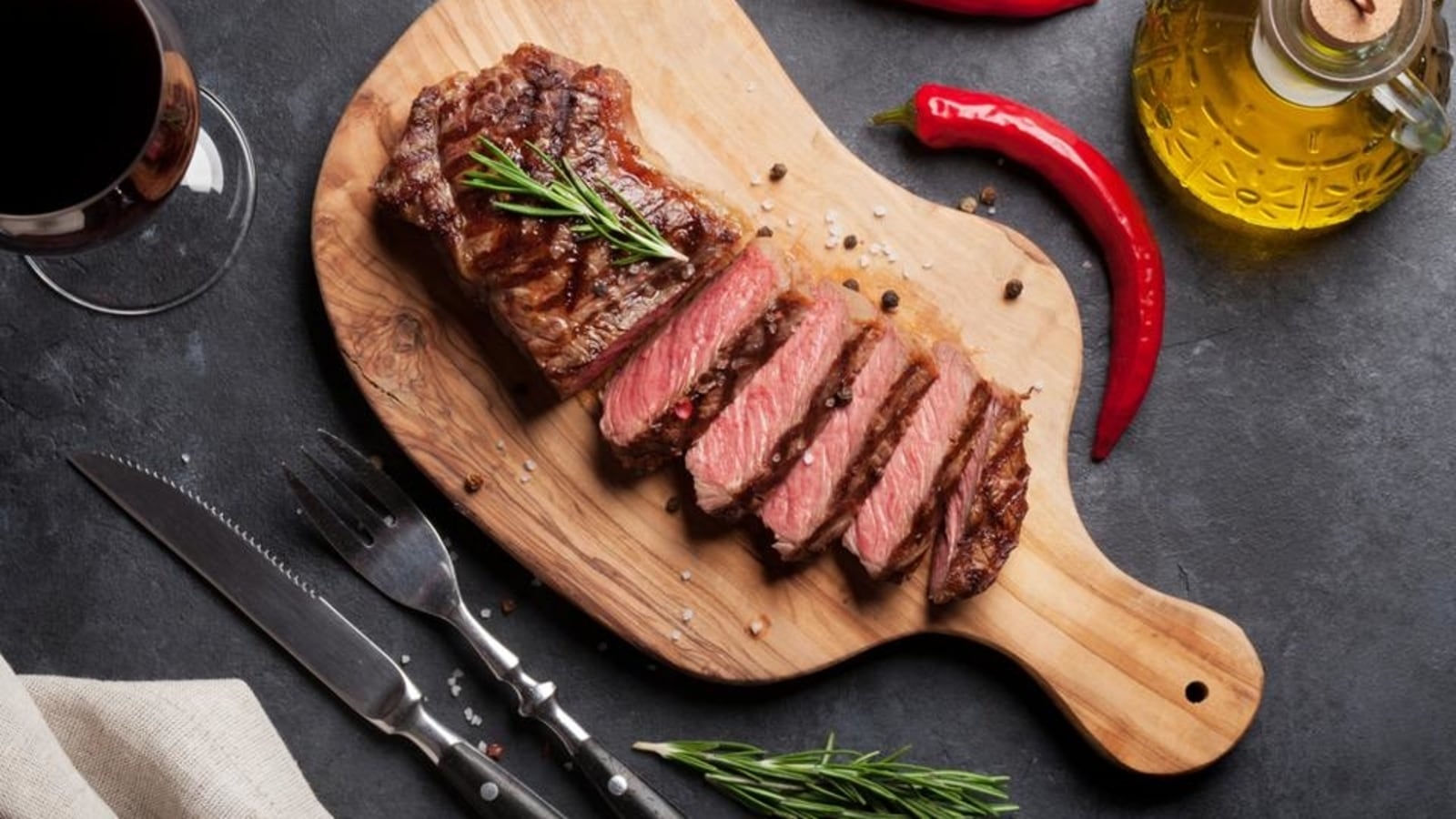 Reducing Meat In The Diet Has Several Health And Environmental Benefits: Study | Health

Animals convert only a small portion of the calories fed into meat. Ruminants also produce methane, which further accelerates global warming, suggest the results of a recent study.

In addition, what we eat also affects our health and animal welfare. When comparing diets, these aspects should also be taken into account. Experts also refer to optimal health for humans, animals and the environment from a “One Health” perspective.

“Studies that apply this perspective to nutrition issues are still rare, however,” explains Juliana Paris of the Development Research Center (ZEF) at the University of Bonn (Germany).

Paris, along with colleagues, conducted an analysis that aims to fill this research gap to some extent. The results were published in the journal Science of The Total Environment.

“To do this, we looked at examples of products in the food basket of people in North Rhine-Westphalia,” she explains. “We then compared this reference diet with three different scenarios: a change according to the recommendations of the German Nutrition Society (DGE), a switch to a Mediterranean diet with more fish and seafood, and a switch to a vegan diet. “

In each of these three scenarios, foods were chosen to differ as little as possible from the reference diet. “This means, for example, that in the Mediterranean version, we have increased the proportion of fish and seafood, vegetables and cereal products,” explains Paris. In addition, the overall product selection should contain the same nutrients in similar amounts as before. This gave the researchers a food basket for each scenario, which they then analyzed further.

“To do this, we relied on various databases,” says Dr Neus Escobar from the Institute for Applied Systems Analysis in Austria, who supervised the work. “They allowed us, for example, to estimate the impact of each regime on certain environmental aspects – such as the amount of greenhouse gases produced during their production or the consumption of water. We took a similar approach to assess the impact of each diet on health. . “Red meat, for example, is known to increase the risk of certain cancers and cardiovascular diseases.

The researchers estimated the consequences for animal welfare using several indicators. These include the number of animals that die from food consumption and under what conditions they are kept. “But we also used the number of neurons or the size of the brain in relation to the body to estimate how much the respective animals actually suffer when used,” says Juliana Paris.

Fish instead of steak: good for the environment, bad for animal welfare

Any of the three diets would be of lasting benefit from a single health standpoint. However, this comes at the expense of other aspects as well. The vegan diet has had the best results in many areas. However, producing vegan food involves increased water consumption. “In addition, vegans need to take certain nutrients separately, such as vitamin B12, vitamin D and even calcium,” explains Paris.

The Mediterranean diet (although healthy) also results in increased water requirements due to the large amount of nuts and vegetables. Moreover, if – as assumed in the study – the meat consumed is completely replaced by fish, its effects on animal welfare are surprisingly negative: as fish and seafood are much smaller than, per example, cows or pigs, many more animals suffer as a result of this diet.

READ ALSO | Here is a list of celebrities who have gone vegetarian or vegan.

The increased consumption of honey, which requires intensive management of bee colonies, also has a negative impact. “It would therefore be advantageous to meet less of your overall protein requirements from animal sources”, emphasizes Neus Escobar. “In addition, many people today are eating significantly too rich diets. If they reduced the amount of food they ate to what they really needed, it could have additional positive effects.”

According to the study, the DGE’s recommendations go in the right direction. However, in terms of human health, the other two options are better. Nevertheless, the data here also shows: If you go without meat more often and instead put whole grains, vegetables and fruits on your plate, you are not only doing something good for yourself, but also for your benefit. animals and the environment.

This story was posted from an agency feed with no text editing. Only the title has been changed.

The benefits of translation service for global businesses – Nairametrics