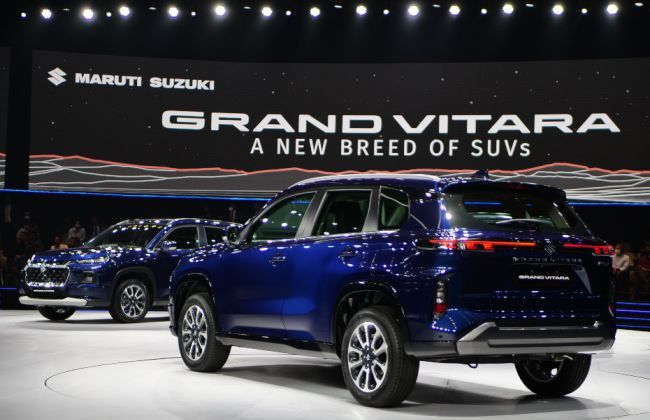 Will the new Grand Vitara open the door to more upmarket models from Maruti?

Maruti Suzuki is gearing up to launch its biggest product in India, literally, for over a decade. It revives the Grand Vitara moniker for its new compact SUV that positions itself as a premium offering to rival the Hyundai Creta and Kia Seltos.

For a very long time, Maruti avoided offering premium products, opting to stick to its value-for-money positioning. It’s not like Maruti hasn’t tried to compete in the premium segments in India, it just never found success with these models.

The most premium examples would be the original Grand Vitara SUV and Kizashi midsize sedan, both imported by CBU. These mid-size offerings were attractive products in terms of functionality and design, but failed to turn buyers away from brands that had established themselves as premium product makers.

The Kizashi was a CBU import with prices starting at just over Rs 16 lakh (ex-showroom). It was a rival of Honda Accord, Volkswagen Jetta and Skoda Superb. It didn’t offer the same premium levels as the others, but featured a fairly competitive powertrain – a 2.4-litre petrol engine producing 178 bhp. Suzuki globally phased out the Kizashi in 2013.

Meanwhile, Maruti made several attempts with the original Grand Vitara SUV. The first arrived in 2003, followed by the next generation model in 2007, and an updated model was introduced in 2009, also with a starting price just north of Rs 16 lakh, ex-showroom. It had the same 2.4 liter petrol engine as the Kizashi but with 4 wheel drive. This version has even been praised in motorsport with its off-road prowess. However, that was before the SUV craze really caught on and the interior of the Maruti was too simplistic compared to high-end models like the Honda CR-V.

Then came the S-Cross

Following the commercial disappointment of the Grand Vitara in India, Maruti had lined up its next premium offering for the country. It was smaller, more affordable, and would be made locally. In 2015, Maruti presented the S-Cross, which openly positioned itself as a crossover and not as an SUV unlike the already successful Renault Duster. While the crossover craze was rapidly taking over various global markets like Europe, it never caught on among Indian buyers who preferred more distinction between sedan and SUV, even if it was semantic.

Maruti even created a new division called Nexa for the sole purpose of distinguishing its premium products from its more renowned affordable cars. The S-Cross was Nexa’s first offering. Again, a well-built product failed to grab the attention of new buyers who were more interested in something sturdier like the Duster, or something more premium like the Hyundai Creta.

The diesel-only S-Cross has been priced to undercut the diesel variants of its rivals, starting at around Rs 8.3 lakh (ex-showroom, Delhi). However, it lacked more than just a gasoline engine option compared to its rivals, such as an automatic transmission option. While the S-Cross lacked none of the essential features as a top model, it had very little to excite buyers who were accustomed to more technology offered by Hyundai.

The Maruti S-Cross has since survived the discontinuation of the 1.6-litre diesel engine, the introduction of the sub-4m Vitara Brezza SUV and the replacement of the 1.3-litre diesel unit with a 1.5 liter petrol engine. Its affordability relative to the prices of newer models has seen steady demand for the S-Cross at around 2,000 units per month. However, it never really caught up with the Hyundai Creta, Kia Seltos and now-discontinued Mahindra Scorpio as bestsellers.

Despite the disappointments of previous Maruti models positioned as premium offerings, the all-new Grand Vitara is set to have a much brighter future, and for good reason. In the nine years since the discontinuation of the original Grand Vitara, the Indian car market has matured immensely and every model offering modern technology has become much more expensive than before. Even models priced around Rs 20 lakh (ex-showroom) are seeing more volume sales than the S-Cross, while premium premium sedans have crossed the Rs 12 lakh mark. The segment-leading Hyundai Creta still enjoys average monthly sales of over 10,000 units with prices ranging from Rs 10.44 lakh to Rs 18.18 lakh (ex-showroom, Delhi).

Maruti has learned that it can’t be the cheap option to compete with premium rivals. Its latest models now offer features that are on par with or ahead of many of its competitors. In terms of styling too, Maruti’s latest design language has a lot more presence on the road. The front fascia of the Grand Vitara easily stands out from the crowd and also looks premium.

Like its rivals, the new Maruti compact SUV offers a host of premium features in the top variant like a panoramic sunroof, 360-degree view camera, 9-inch center screen and ventilated front seats. It will also offer the choice of all-wheel drive, a rarity in this segment.

Along with premium design and features, Maruti presents Indian buyers with an affordable hybrid powertrain. It offers the benefit of both increased fuel economy and increased performance. The 1.5 liter petrol engine with electric motor has a combined output of 116 hp and 141 Nm and a claimed fuel efficiency of 27.97 kmpl. The hybrid option will fill the void left by the discontinuation of diesel models in the BS6 era.

Like its competitors, we expect the 2022 Grand Vitara to have launch prices of between Rs 9.5 lakh and Rs 19 lakh (ex-showroom). Those are steep prices for a Maruti for sure, but today even a top-end sub-4m Brezza SUV is almost selling for Rs 14 lakh (ex-showroom).

The Grand Vitara will also have a twin as the Toyota Urban Cruiser Hyryder. They have the same powertrains and features, but distinct exterior designs. While Toyota has long been known as a premium brand with premium offerings, Maruti has yet to make that impression among the same category of car buyers, and this association is bound to help the greater mark of the country in this respect.

All these factors combined have put the new Maruti Suzuki Grand Vitara in a position to finally make its mark in the compact SUV segment in India. It might not be a runaway success like the Vitara Brezza subcompact SUV, but it’s sure to be a serious contender for market share.

Will Maruti consider a Tata Harrier, an SUV rivaling the Mahindra XUV700?

The new Grand Vitara will likely be the largest model Maruti plans to offer in India; at least the largest with a combustion engine. The possibilities with locally made electric vehicles are still a few years away and the first should be a typically affordable Maruti compact. The brand is unlikely to bring another large SUV to India even with local assembly as the price hike would be too steep. For now, the mid-size SUV segment is not one for Maruti.

What other high-end Maruti models are expected?

The Nexa range already offers models such as Baleno, Ciaz and XL6 as relatively high-end cars. But there’s room for more high-end offerings from Maruti after the new compact SUV. For starters, we’re expecting the arrival of the five-door Jimny, which is a lifestyle offering and a relatively premium model for Maruti.

Additionally, we expect to see the return of a turbocharged gasoline engine option to offer more performance than its naturally aspirated 1.2-liter and 1.5-liter engines. A turbo-petrol engine could enable sportier RS ​​variants of the Swift, Baleno and even the Brezza. All of these models would easily fit under the Grand Vitara and cost less than Rs 15 lakh.