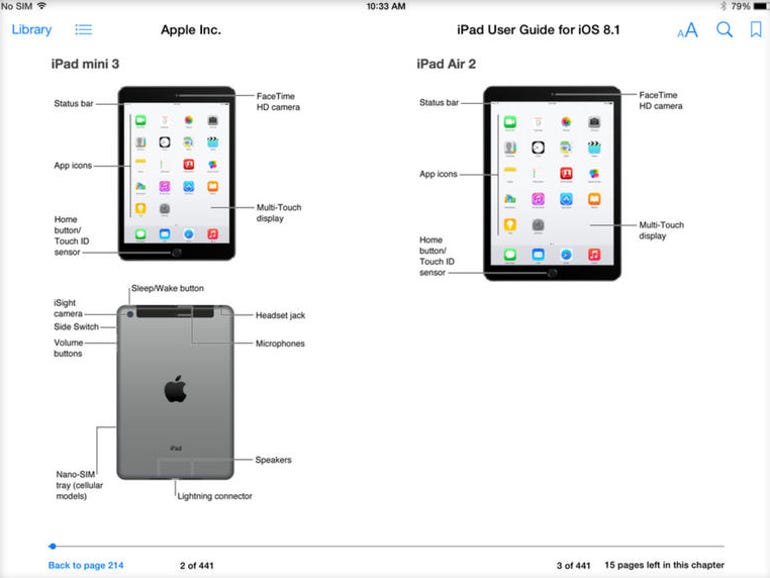 With the iPad Air 2 and the iPad mini 3, Apple faces the conundrum of the production cycle

Apple will update its latest iPads on Thursday, including an iPad mini 3 and an iPad Air 2, and there is good discussion about where the products fit in the lineup and the company’s future growth. The same discussion could cover tablets in general, as it’s unclear whether devices have a role to play as smartphones get bigger.

For Apple, the iPad enigma will be amplified because the iPhone 6 Plus inevitably takes away the sales of the iPad mini. Of course, Apple doesn’t care about cannibalization. The iPhone basically killed the iPod. At least Apple has kept the cannibalization in the product family.

|
Apple’s latest iPads: why business use will trump personal


In the apple orchard, SammyWalrusIV posted a long blog post about why Apple should stop selling the iPad mini. The idea makes sense. The argument is this: the iPad mini will not be able to compete with Apple’s own phablet or with Android tablets — and now Windows —. There is also an issue with the iPad mini that fills any real void in the Apple product line. The other point of the argument is that an iPad Pro with a 12.9-inch Retina display would be useful, and the larger device should allow for better apps through Apple’s partnership with IBM. I made a similar argument for the company.

Ben Thompson from Stratechery noted the unease surrounding Apple’s iPad unveiling and agreed the product is at a crossroads. The average iPad busy in the computing device spectrum is disappearing.

I would say that Apple’s iPad problem is not that unique. In fact, every tablet vendor will face the same issues without the profit margins to cushion the blow. Tablets were a device in the right place at the right time, like netbooks. Tablets won’t die out as quickly as netbooks, but as devices like Samsung’s Galaxy Note 4 and iPhone 6 Plus take hold, it’s hard to say their cousins ​​in the world. larger screen are essential. Tablets are always excluded from my backpack when I travel.

There might be interpolating devices out there, but Microsoft’s Surface and Lenovo’s Yoga are great computing options, but hardly appealing to the masses — businesses or consumers.

What is really happening here is an accelerated product cycle. Netbooks have taken the tech world by storm and died out. The tablets reached an early peak and are now facing slower growth for the foreseeable future. Does anyone really see smartwatches having a lifespan of more than a few years? The power and tech product categories will not fit together in the future.

Devices — at least until we start putting chips and minicomputers into our bodies — will have a short lifespan. In some cases, the devices will be almost disposable. The reality is that the iPad is just one data point in a much larger theme. The tech giants who thrive will be the ones who can put products in place and cook up something new all the time.